Monitoring AWS Fargate: Best Practices and Tools To Use

For companies using Fargate, implementing a K8s monitoring toolset is an important early step. We explore the challenges, some best practices, and tools to help. 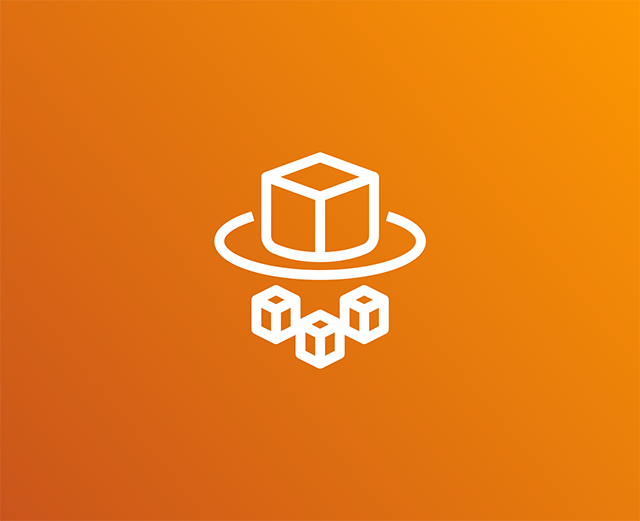 Launched by AWS in 2017, Fargate, which enables organizations to run containers without managing the infrastructure, has risen in popularity.

When Fargate was released, cloud providers and open-source communities were all positioning themselves in a fragmented container orchestration market. In 2017, it wasn’t yet clear that Kubernetes would become the default container orchestration system for most organizations. Fargate was originally launched to make Amazon ECS, or Amazon Elastic Container Service, easier to deploy, manage, and scale by removing the need for users to manage individual EC2 instances, and to use containers as a basic compute building block.

In 2022, AWS customers can use both ECS and Amazon Elastic Kubernetes Service (EKS), with Fargate. While running ECS and/or EKS with Fargate has a number of benefits, monitoring and observability is still a challenge.

In this article, we’ll explain the concept of Fargate in a little more detail, and then we’ll focus on best practices and tools you can use to effectively monitor your workloads running with Fargate. In addition, we will briefly explore the toolset provided by Amazon by default.

AWS Fargate is a serverless, pay-as-you-go, compute engine for containers that rely on either ECS or EKS for container orchestration.

Companies use Fargate with ECS or EKS because it reduces the operational difficulty of managing workloads on containers at scale. And for many companies, using Fargate might lead to cost savings and resource efficiency, compared with using EC2 instances.

Fargate makes the process simpler for the user by reducing the amount of time spent configuring the infrastructure that hosts their containers. With Fargate, users simply need to define which images they would like to run, along with some basic specifications for compute and memory, and then Fargate will automatically provision the host servers.

There are many reasons that organizations choose to use ECS for their workloads. And when ECS is paired with Fargate, many of the challenges of running containers are reduced.

According to the AWS Fargate documentation, users are able to choose from the following operating systems:

And with Amazon ECS, users are able to choose between using regular AWS Fargate and using Fargate Spot for running their tasks. If tasks are interruption tolerant, using Fargate Spot to run them may lead to cost savings because they are running on excess compute capacity.

Amazon Elastic Kubernetes Service, or EKS, is a great option for companies looking to leverage Kubernetes while reducing the operational overhead of doing so. Similar to when you’re using tasks with ECS, when you’re using EKS on Fargate, each pod that runs on Fargate has its own isolated boundary for resources.

The basic AWS Fargate pricing applies here. And unfortunately, unlike with ECS, users do not have the ability to use spot instances.

What Should You Monitor?

Knowing what to monitor and log, and which pieces of data to collect, are as important as the tooling you are using. It’s important to monitor underlying usage metrics (like CPU and memory), logs, individual requests via tracing, latency, status codes, events, and more.

Amazon CloudWatch is the monitoring and observability toolset offered by Amazon by default. CloudWatch is a popular starting point with logs, metrics, events, and alerts. For companies running workloads on Fargate, CloudWatch provides core features for monitoring both ECS and EKS with Fargate. Pricing is based on usage, and depending on the volume of metrics, logs, and traces, it can be highly variable.

CloudWatch Offerings for ECS with Fargate

CloudWatch Offerings for EKS with Fargate

By using CloudWatch, users are able to make sure that their pods and workloads are running properly.

Below is a summary of CloudWatch’s metrics and log pricing (US East, Ohio).

As discussed above, Amazon offers a number of out-of-the-box tools for monitoring workloads running on ECS with Fargate. These tools are often sufficient for small organizations; however, as the size and importance of workloads grow, many companies implement a third-party solution, like ContainIQ, for additional insights and capabilities.

ContainIQ is a Kubernetes native monitoring, tracing, and troubleshooting tool. Companies using Fargate with EKS are able to use ContainIQ, and the setup process is very simple.

With a one-line install, users get a comprehensive set of tools for everything from metrics to logging, events, deployment health, and correlations. And importantly, ContainIQ is able to deliver its feature set without sidecar containers and without requiring that users instrument their applications with OpenTelemetry. ContainIQ is able to do this by existing at the kernel level directly, and by using eBPF.

ContainIQ is often a more affordable option, and users are not billed by metric, or by the seat.

ContainIQ makes it easy to troubleshoot issues that arise, and users are able to create alerts across the platform. Alerts can be created to track changes in metrics, on Kubernetes events, by log message, and on latency for requests, paths, and microservices.

ContainIQ pricing is straightforward at $20 per node per month, with $0.50 per GB of log ingest.

Users can get started with ContainIQ by using the company’s self-service offering, which includes a 14-day free trial by default. During the installation process, users who are deploying to Fargate need to make a couple of small modifications in order to send logs to ContainIQ.

Users running EKS with Fargate should first create a firehose stream in Kinesis, and change the delivery stream name to ContainIQ. The specific and full instructions for using Fargate can be found in the documentation under Installing ContainIQ.

While Amazon Cloudwatch offers some functionality for organizations monitoring workloads running on ECS with Fargate, it often makes sense to implement additional tooling for deeper insight. And while ContainIQ works with EKS, it does not work with ECS. In this section of the article, we will quickly highlight five popular tools that companies are using to monitor ECS with Fargate.

Fargate makes it easy for teams to manage and scale. And whether you’re using ECS or EKS with Fargate, it is important to have the right tools in place.

Monitoring core infrastructure metrics, application metrics, as well as logs, and individual requests are important for avoiding business disruption and providing end-users the service they expect. And by using traces alongside metrics and logs, engineering teams are able to debug issues faster without having to jump between multiple tools.

CloudWatch, the AWS default monitoring toolset, provides a number of features for users using ECS and for those using Fargate. And in 2022, AWS’s support of OpenTelemetry through ADOT has allowed teams to do even more without leaving AWS CloudWatch.

For companies using EKS with Fargate in particular, ContainIQ, a Kubernetes native solution, offers a customized and out-of-the-box solution. And importantly, when employing a tool like ContainIQ, users won’t need to worry about instrumentation.