Storage Classes are an essential part of Kubernetes, and can provide a great deal of flexibility and control over how your data is stored. In this guide, we provide an in-depth tutorial on using storage classes effectively. 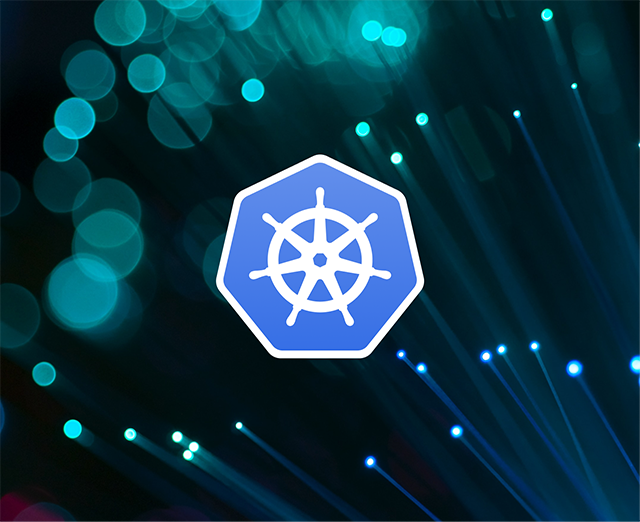 Kubernetes has gained popularity in recent years for its ability to manage containerized workloads at scale. One of the key features of Kubernetes is its support for multiple storage backends, which allows users to select the storage solution that best fits their needs.

With Kubernetes, the Cloud Native Computing Foundation graduated container orchestrator, you can manually provision storage whenever your pods need it, or do so automatically with the help of dynamic provisioning. When your pods require storage, Kubernetes creates it with the desired provisioner.

In this blog, you’ll look at the dynamic storage provisioning in Kubernetes by storage classes. You’ll also look at its components with examples and use cases to see why it’s so important and how it works with the cluster. By the end of this post, you’ll understand how to use storage classes to control the type of storage used for your workloads.

An Introduction to Kubernetes Storage

After the disk provision is successful, create a PV using the kubectl command-line tool, or by creating YAML files that define the PV objects. A sample YAML file for your PV will look like this:

In the above manifest, you create a PV with one gibibyte that can be mounted to your cluster. The file system used is a fourth extended filesystem, and the name of the disk is gcp-disk.

The next step is creating a PVC that claims the storage. The same PVC will be used in your pod definition, which will allow your pods to use the disk. The above procedure, in which you need to provision a disk for your PV, is referred to as static storage provisioning, because you create the disks manually.

However, it’s not convenient or practical to manually create a disk and PV every time you need storage. Kubernetes solves this problem by providing a way to make your storage provisioning more dynamic with dynamic storage provisioning, where PVs and disks are created on the fly when PVCs or pods request storage.

What Is Dynamic Storage Provisioning?

The control plane will select a storage class based on the container’s requirements, then automatically create a new persistent volume using that storage class. After that, as in static provisioning, the PV is attached to the container, and the container can use the storage via a PVC.

What Is a Storage Class?

StorageClass objects were introduced in Kubernetes 1.5 and have since become essential to Kubernetes storage.

The StorageClass object contains information about the provider, such as Amazon EBS or Google Cloud Storage, as well as which capabilities, such as replication factor or encryption, the storage should have. Kubernetes will then use information from the storage class when it creates new persistent volumes.

Why Use Kubernetes Storage Classes?

Kubernetes storage classes enable an administrator to create and manage multiple storage configurations and bind them to individual applications or workloads. This provides greater flexibility and control over managing storage resources in a Kubernetes cluster, as you don’t need to configure and create different types of storage with various specifications every time a storage request is made.

The dynamic provisioning and class isolation of storage can be used in many different scenarios, including the following common use cases.

Different classes can correspond to varying levels of quality of service, which can mean some classes are faster or have more storage than others.

The premium disk is a very performant disk with high input/output per second (IOPS), but is also costlier than using the standard storage class.

Azure creates this storage class with every managed Kubernetes cluster. To define the object, use the command <terminal inline>kubectl describe sc azurefile-premium<terminal inline>.

A StorageClass is simply a Kubernetes object, so like other objects, it’s defined by a YAML manifest. However, its properties and metadata are different from those associated with other objects.

A sample manifest of a StorageClass object is below:

The apiVersion field indicates which version of the storage.k8s.io API is being used.

The kind field indicates the type of object being created. In this case, the object is a StorageClass. Other <terminal inline>kind<terminal inline>s include pods and deployments.

The metadata field contains information about the object, such as its name, labels, namespace, and creation timestamp. The only metadata field in this example is the name field, which specifies the name of the StorageClass, and is required. Other fields in the list are optional.

A storage class provisioner is a type of volume plug-in that handles the creation and management of storage within Kubernetes. Storage provisioners are responsible for creating and deleting storage volumes, as well as attaching and detaching them from nodes.

The example implements the ’kubernetes.io/aws-ebs’ provisioner, which refers to the AWSElasticBlockStore volume plug-in. You can identify it as a built-in provisioner because it’s prefixed with <terminal inline>kubernetes.io/<terminal inline>. Some of the other built-in volume plug-ins are those of cloud providers such as Amazon, as in this example, and Azure, shown in the earlier examples.

More information about volume plug-ins can be found in the official documentation.

When <terminal inline>allowVolumeExpansion<terminal inline> is set to true, the storage class will allow the underlying storage volumes to be expanded to add more storage if needed. This is useful when using storage solutions that will enable on-demand expansion, such as Amazon EBS in the example above.

There are two volume binding modes that can be used:

The mount options parameter allows an administrator to specify a list of options for mounting a volume. These options can be used to debug mounting issues or fine-tune a volume’s performance.

With parameters, you change the type of your storage disks and enable encryption and replication. You can also configure file types with other parameters, which you can read about in the documentation.

When dealing with other storage provisioners, check the respective documentation before adding parameters, as each provisioner has different options.

Now that you understand the components and parameters of storage classes, let’s look at how to create a pod that uses a storage class to provision volume.

You’ll need a basic understanding of Kubernetes to follow along, as well as an Azure subscription to use an Azure cluster. If you’re not using Azure, the general principles are universally applicable, but you’ll need to change the provisioner.

The following manifest defines the storage class that you’ll use:

In this example, you’re creating Azure Standard_LRS storage in the East US region. To create the storage class, save the contents of the above code block as a YAML file, then use the <terminal inline>kubectl apply -f <file_name><terminal inline> command to apply the definitions:

To use the storage class you have created, you need to have a PVC. To create one, save the below manifest in a YAML file, and then apply it with <terminal inline>kubectl apply -f <file_name><terminal inline>.

If you see the above output and the name you gave your PVC, your cluster has successfully created a PVC.

As the reclaim policy is immediate, a PV is created as soon as the PVC is. You can list your newly created persistent volume using the following command:

As a final step, you’ll create a pod that will use your persistent volume when it requires persistent storage for operational data. You can do this by applying the following manifest:

Now if you delete the pods, then create a new pod with the same manifest, your data will persist.

To delete the resources you created in this tutorial, you can use <terminal inline>kubectl delete object object-name<terminal inline>. However, because the PVC is dependent on the storage class, they need to be deleted sequentially. The correct order is listed below:

Trying to delete the storage class first would put the object in an indefinite <terminal inline>Terminating<terminal inline> state because it’s still referenced by PVC, which the pod references.

StorageClasses are an essential part of Kubernetes, and can provide a great deal of flexibility and control over how your data is stored. They allow you to dynamically provision storage, fine-tune performance and management capabilities, and create custom storage solutions.

In addition, StorageClasses can be used to provision storage for specific applications, making it possible to tailor the storage infrastructure to the needs of the workload.