Kubernetes is powerful, but it’s a lot to learn! In this roundup, explore 10 of the best beginner Kubernetes projects and tutorials to learn from as a new user. 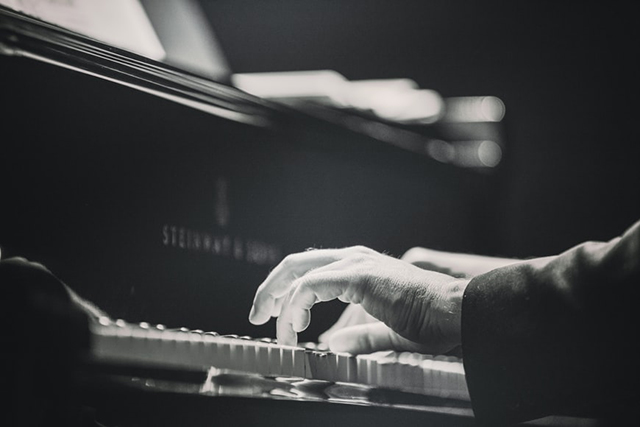 Kubernetes is an open-source, extensible platform for managing centralized workloads that facilitates declarative configurations as well as automation. It helps you to run distributed systems efficiently, providing faster scalability and failover for your applications.

In simple words, it is a container orchestration system that helps to make sure that each container is where it’s supposed to be and that they can work together seamlessly. Therefore, Kubernetes makes sure the services are running smoothly the way that a developer wants.

If you’re new to Kubernetes or have just started with it, then you might want to check out some good examples of projects. These projects can help you to understand the real-world use cases of Kubernetes and also help you to sharpen your knowledge of Kubernetes.

Why Practice With Kubernetes Sample Projects?

Every developer needs to do some practice before jumping into production. The projects listed in this article will help you to understand the core concepts of Kubernetes. You may already know the definitions of terms like Pods, containers, etc., but to be able to solve real-world problems and make sure that you’re on the right path, you need to test your knowledge of Kubernetes. To do so, practicing with projects is essential.

10 Kubernetes Projects to Practice With

The projects discussed in this article can give you a head start in Kubernetes development. They’re very easy to implement and let you understand Kubernetes concepts with ease. You’ll find that they’re some of the top-rated Kubernetes projects, and each can be straightforwardly deployed using Kubernetes version 1.17 or 1.18.

For each project referenced in this article, all of the installation instructions are available on Git. With a basic understanding of Kubernetes, you’ll be good to go. They’ll help you learn to deploy, manage, and stress test your Kubernetes applications, as well as provide an overview of the core concepts of Kubernetes at large. Without further ado, here are some projects to take a look at.

Robot Shop is an e-commerce store that was developed by Instana. It provides sample microservices that you can use to learn and test different monitoring techniques. However, the project is not intended for those who want to learn about microservices; rather, it helps you to understand the concepts like containerized application orchestration.

The application has been developed using:

It is a single-page web application that uses Angular, being served through Nginx that also acts as a reverse proxy server. MongoDB is used to store the data for products, while MySQL is used for storing the shipping information.

The project uses a wide variety of technologies such as Angular, Java, Python, etc., that can help you to understand the flow of complete full-stack development. At the same time, you’ll also understand how Instana is used to handle and monitor the application when deployed in Kubernetes.

Kubedoom is a particularly fun project that allows you to kill Pods in your Kubernetes project through a 3D game. If you love FPS games, you’re going to like this project a lot. A Pod is the smallest, deployable part of a Kubernetes project. It can encapsulate one or more applications.

Kubedoom allows you to test the resiliency of your Kubernetes project by using graphical animations, making the test part especially amusing.

When you work on a Kubernetes project, you have to make sure that even the smallest component of the project is working as it should. Kubedoom allows you to do so. It shows some of the vital information such as namespace, container lists, Pods, etc., allowing you to kill them to test how resilient your project is.

Kubernetes Documentation Tutorials is hands down one of the best resources to learn about Kubernetes. Who knows a technology better than its developers? It is the official documentation of Kubernetes and is spread out over a variety of sections. It covers all the basic concepts of Kubernetes, providing developers a kick-start in the journey of learning the platform.

As a supplement, ContainIQ's Kubernetes Tutorial explores a variety of similar and related topics.

This is a tutorial video on getting started with Kubernetes by Edureka. The tutorial goes very deep into the basic concepts of Kubernetes, allowing you to learn about core concepts. The complete tutorial has five sections:

The Kubernetes Documentation Tutorials are good, but when you can visually see a tutorial in action, it’s often easier to learn. You won’t have to struggle through, as everything can be viewed directly in the video, allowing you to simply replicate the concepts.

Katacoda Scenarios is a free website that allows you to learn from different scenarios created by developers with step-by-step instructions for you to follow.

You may often face a lot of dependency issues while learning about Kubernetes, which can take quite some time to get resolved. Katacoda Scenarios, though, allows you to create and run small Kubernetes projects without needing to worry about dependency issues.

If you’re a fan of Space Invaders, you’re sure to love this project. Kubervaders is a graphical project that allows you to kill your Pods to stress test the Kubernetes application. It’s similar to Kubedoom, but if Doom is not your cup of tea, you may enjoy the alternative themes of Kubevaders.

Similar to Kubedoom, you can use this project to stress test your Kubernetes application.

Helm is particularly useful in that it helps to improve your productivity, and it reduces the complexity of deployment.

Prometheus is an open-source monitoring and alert system for Kubernetes applications. It was originally built at SoundCloud for monitoring their services, and in the same manner, it can be used to monitor Kubernetes clusters. It comes with a query language called PromQL that you can use to leverage the multidimensional data model.

Prometheus is one of the most popular open-source monitoring systems for Kubernetes clusters. You can learn PromQL to deal with the multidimensional data model that is being used for advanced purposes. PromQL allows you to slice and dice the time series data, which can even be used to generate ad-hoc graphs. Prometheus makes it very easy for you to monitor clusters and avoid system failures.

Wayne is another multi-cluster management platform based on the web. Many developers don’t want to dive into the terminal to check the cluster status. This is where Wayne comes into play. It comes with its own IAM system, which lets you manage the access of any cluster for any user. It also simplifies object creation in Kubernetes by providing a JSON/YAML file to create objects.

Wayne was developed by 360 ​​Search Private Cloud and was named as such based on the company’s fondness for DC Comics.

This platform can help you manage different clusters without needing to learn about different Kubernetes commands. Wayne comes with a clean UI, making it easier for non-developers to manage Kubernetes clusters.

Knative is another open-source project that adds components for deploying and running serverless cloud-native applications to Kubernetes. It eliminates the task of managing servers, thus helping the developers to focus on the development part without worrying about the complexity of the infrastructure.

Knative eliminates the complete process of managing the server by automatically building, serving, and scaling the servers. Thus, you don’t have to worry about the servers crashing or about auto-scaling.

In this article, you learned about ten Kubernetes projects to help you better understand the workings of Kubernetes. It’s a good idea to go through the Kubernetes Documentation Tutorials and write down some key concepts that can help you to understand Kubernetes, to start with.

Once you have a working knowledge of the basic concepts of Kubernetes, go through the First App on Kubernetes Video tutorials, as the video is very easy to understand. Within just a couple of hours, you should be able to create a small Kubernetes project.

After that, take some time to explore the other projects. Don’t make the mistake of skipping the basic tutorials, or you may find yourself lost and needing to start over in a project. Give yourself a good foundation, and then dive into some basic projects to practice. After completing the suggested projects outlined in this article, you’ll soon find yourself equipped and ready to increase the complexity of your work in Kubernetes.

Vyom is a Software Engineer, coder, and author who writes at GeekyHumans. With more than 3 years of experience, he has worked on many technologies like Apache Jmeter, Google Puppeteer, Selenium, etc. Vyom also has experience in DevOps, web development, and has worked with a number of clients as a freelancer. 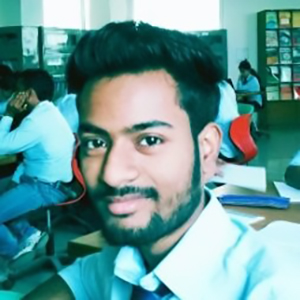