Persistent volumes are cluster resources that are also volume plug-ins with a life cycle independent of other pods. This tutorial introduces persistent volumes, including some use cases, and helps the reader gain a complete understanding of how they can be effectively set up and used. 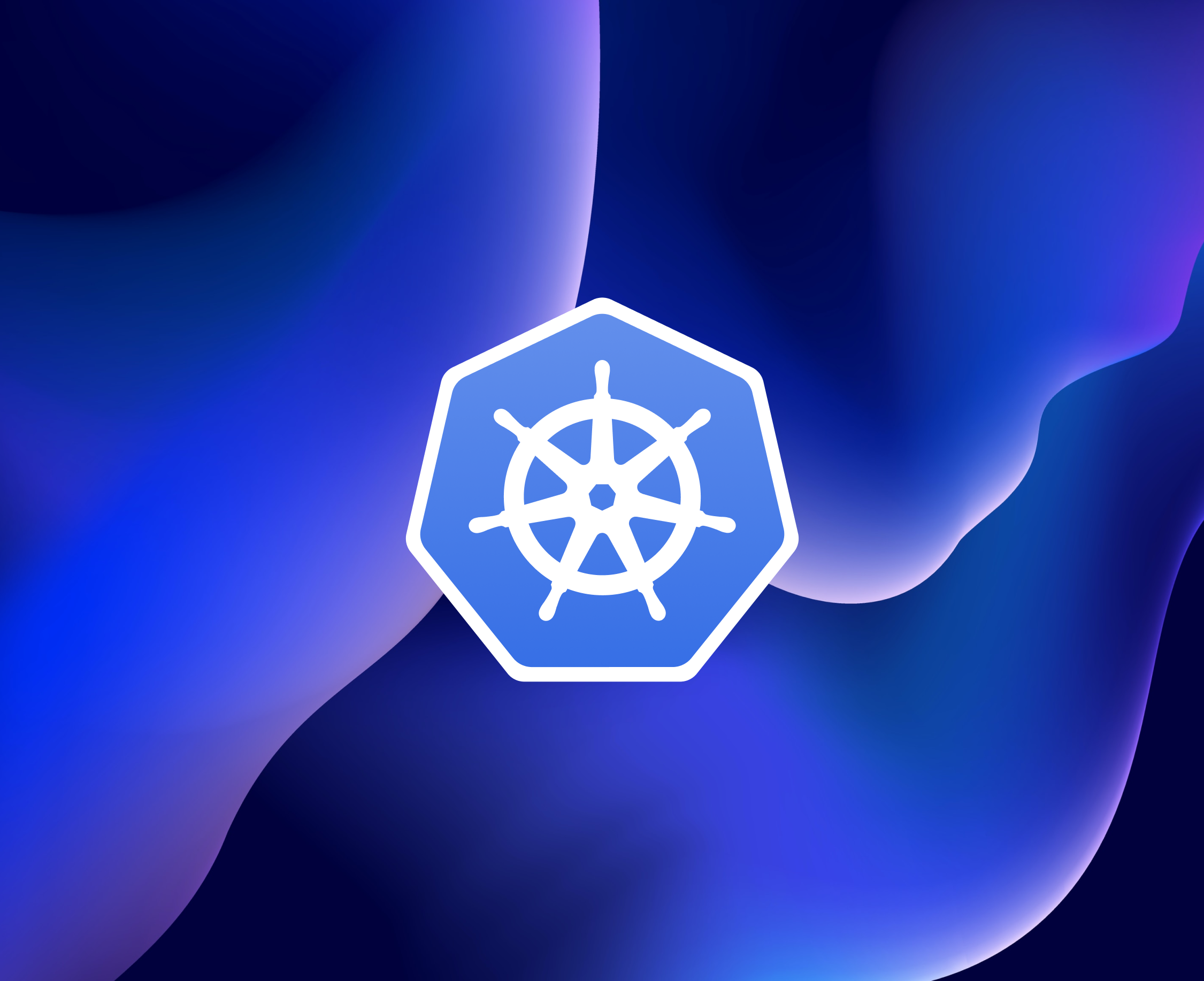 Kubernetes is a useful tool for deploying and managing containerized applications. Applications deployed on Kubernetes are often stateless, meaning that the applications do not rely on any previously saved data in the cluster to function properly. However, there are scenarios where you need to deploy applications that collect and store data that must be always available, even when you terminate the pod. This is where Kubernetes’ persistent volumes come in.

What are Persistent Volumes?

Persistent volume (PV) is a piece of storage provided by an administrator in a Kubernetes cluster. When a developer needs persistent storage for an application in the cluster, they request that storage by creating a persistent volume claim (PVC) and then mounting the volume to a path in the pod. Once that is done, the pod claims any volume that matches its requirements (such as size, access mode, and so on). An administrator can create multiple PVs with different capacities and configurations. It is up to the developer to provide a PVC for storage, and then Kubernetes matches a suitable PV with the PVC. If there is no PV to match the PVC, the <terminal inline>StorageClass<terminal inline> dynamically creates a PV and binds it to the PVC. We will go into more detail about <terminal inline>StorageClass<terminal inline> later in this article.

It is important to note that Kubernetes does not restrict PVs to a namespace, which means that a pod in any namespace can claim a PV for storage.

The common use cases for persistent volumes are providing storage for database applications and storage beyond the regular lifecycle of a pod.

Apart from database applications, several other types of applications require long-term storage. For example, applications that store error logs for future analysis require the logs to be available for an extended period, even if you terminate or replace the pod.

You can only create a PV resource declaratively. Kubernetes doesn’t provide an imperative way of creating PV.

Now, let’s look at the specifications of this YAML file.

There are currently four access modes for PVs in Kubernetes:

Next, specify the PV type you want to use. Several storage types are provided as Kubernetes plug-ins, and you can check them out here. The YAML file above uses the <terminal inline>hostPath<terminal inline> with a path of where it should read and write data.

The storageClassName is the name of the storage class that will bind the PV to the user’s PVC. When a developer needs storage, they request it by creating a PVC.

StorageClass is used to define the storage classes offered in the Kubernetes cluster. It abstracts the underlying storage provider.

StorageClass is also useful for creating dynamic PVs. In another scenario, a pod requires 10Mi storage capacity, and you create a PVC for it, which you associate with a StorageClass. If Kubernetes cannot find a PV to match your PVC, the StorageClass automatically creates a PV for the PVC.

Most cloud providers’ managed Kubernetes services supply a default storage class when you set up a Kubernetes cluster. To check the default/available storage class in your cluster, run the command below.

We can better understand the above manifest file by explaining some of its keys.

The provisioner determines the volume plug-in used by the <terminal inline>storageClass<terminal inline>. Several plug-ins such as AWS EBS and GCE PD are available for different storage providers.

Persistent volume claim is a request for storage usage by a Kubernetes developer.

Here is an example of a persistent volume claim manifest file:

There are two ways of provisioning PVs in a Kubernetes cluster, static and dynamic.

Statically provisioned volumes is the process where cluster administrators create several persistent volumes for consumption, which carry the details of the storage to be used in the cluster using a PV manifest file.

Dynamically provisioned volumes are dynamically created when a StorageClass provisions a dynamic PV for the PVC because none of the PVs created by the cluster administrator match the PVC requirements.

When you create a PVC, you specify the amount of storage your application needs. There is a control loop in the master plane that watches for new PVCs created. Once this loop detects a new PVC, it automatically finds a PV that matches the PVC requests and binds the two. However, if an appropriate PV for the PVC does not exist, the StorageClass dynamically creates the PV for the PVC.

In some scenarios, a PVC can remain indefinitely unbound because a matching PV does not exist or the associated StorageClass cannot create the PV.

You configure your application pod to use the PVC as a volume. Once you deploy the pod, Kubernetes looks for the PV associated with the PVC and mounts it to the pod. Once the claim is bound, the PV belongs to you as long as you need it, and no other developer in the cluster can use it.

Storage Object in Use Protection

The cluster uses this protection to ensure that the system does not delete PVs and PVCs currently being used by a pod. For instance, if you accidentally delete a PVC while a pod is still using it, the system won’t remove it until it’s no longer in use by the pod. Likewise, if a cluster administrator deletes a PV that is already bound to a PVC, the system won’t delete the PV until Kubernetes unbinds the PVC from the PV.

There are scenarios where your application might require a larger volume, especially when it already exceeds the capacity limit. To increase the storage, edit the PVC object and specify a larger capacity than you need.

It is important to note that you shouldn’t directly edit the capacity of the PV, but rather the PVC. Furthermore, if you edit both the capacity of the PV and PVC to have the same size, the Kubernetes control plane will assume that the backing volume size has been manually increased and that it doesn’t need to resize it.

Let’s create a demo Nginx application bringing together all the concepts you have learned in this article. For this demo, you will be using MiniKube to create a local Kubernetes cluster on your computer.

Minikube also comes with a default StorageClass after installation, so you will be using that StorageClass for this demo. To check the StorageClass, run the command below:

Once the file is created, you can confirm it is created by running the command below:

Then run the following command to create the objects:

You can check them by running the following command:

Now execute into the Nginx pod by running the command below:

This sequence of commands will output the content (Hello from ContainIQ testing Persistent Volume) you saved in the MiniKube virtual node.

Kubernetes persistent volumes provide storage for applications deployed in a Kubernetes cluster to store data for a very long time. This article introduced you to the concept of PV and its relationship to PVCs and StorageClasses. Furthermore, you learned about some PV use cases and how to create and configure PVs, PVCs, and StorageClasses.

The summary of this piece is that it’s important to make persistent storage available in the cluster, the cluster administrator must create classes of storage that link to an external or internal storage system using StorageClasses, then the administrator makes this storage available to cluster developers by creating chunks of storage of different capacity, access modes, etc., for the developers using PV. However, in order for a developer to use a PV, the developer must claim it by creating a PVC. In scenarios where no available PV matches the PVC, the StorageClass creates a dynamic PV.

Are you looking for the right monitoring tool for your Kubernetes cluster? Look no further, ContainIQ is a monitoring platform for Kubernetes clusters that provides core metrics, event tracking, traces, and historical logs of what’s happening in your cluster. ContainIQ also provides an intuitive and easy-to-use user interface that ensures that you can see all the important metrics at a glance.