What is a Kubernetes Node? | Tutorial

This article gives the reader a complete overview of what Kubernetes nodes are, how they work, how to handle common failures and challenges, and how to monitor them effectively. 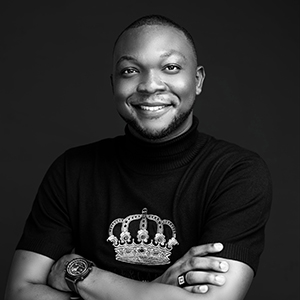 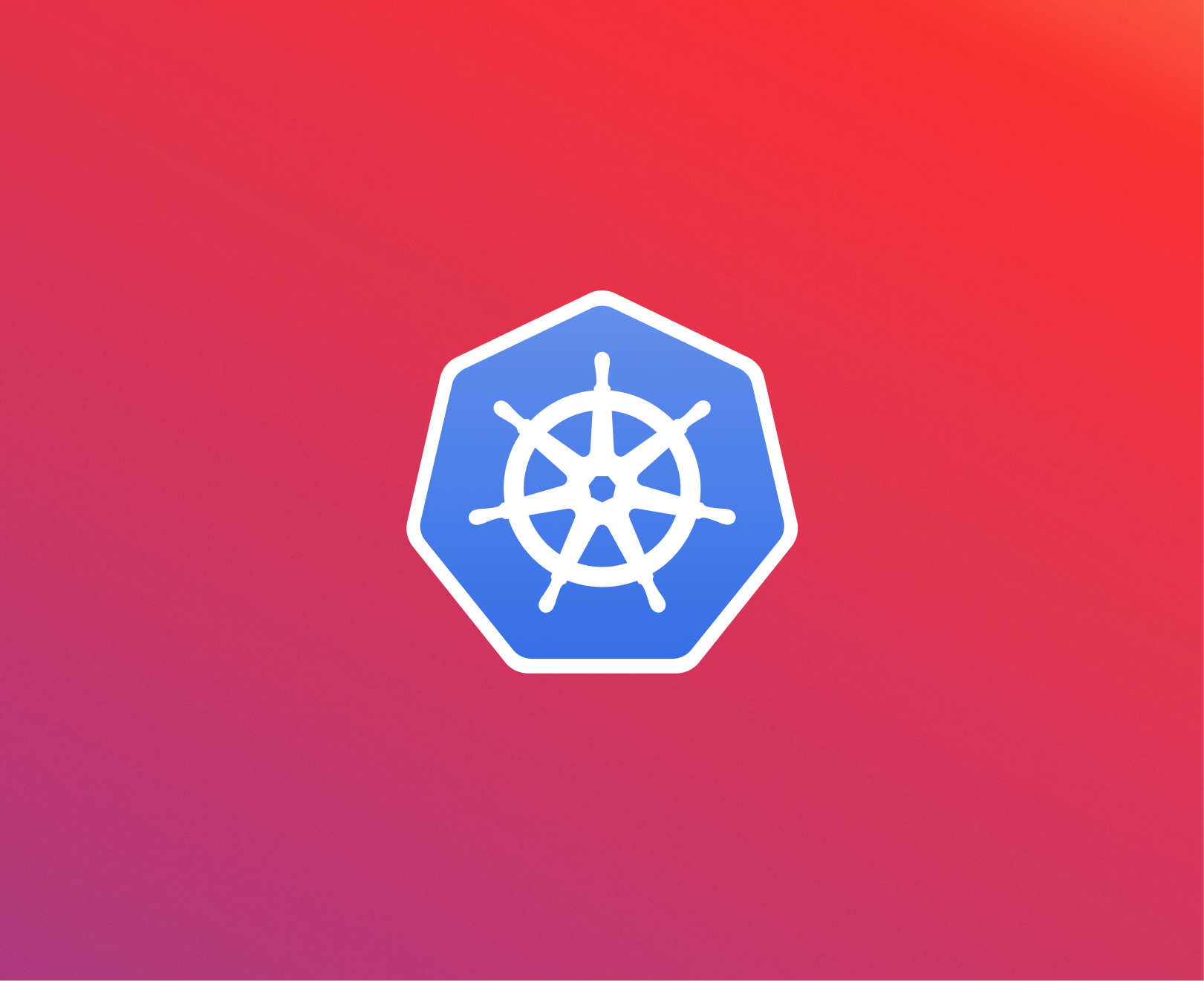 Kubernetes, also known as K8s, has established itself as the standard platform for running distributed applications and managing software in the cloud.

Despite the growing popularity of Kubernetes, getting started with it can be quite challenging. This article gives software and DevOps engineers beginning to use Kubernetes an overview of what Kubernetes nodes are, how they work, how to handle common failures and challenges, and how to monitor them effectively.

Kubernetes runs your workloads by placing containers into pods which then operate on nodes. The official Kubernetes documentation explains that a node contains all the required resources to run pods. Additionally, depending on the cluster, nodes could be virtual machines (VM) or physical machines. Perhaps the simplest definition of a node used by many experts is that it is the smallest unit of computer hardware storing and processing data in Kubernetes. In other words, nodes are to clusters what cells are to the body, which is why you need to understand them.

A Kubernetes node has three main components: a kubelet, a kube-proxy, and a container runtime.

How Nodes Work in Kubernetes | 11 Things to Know

Now that you have an overview of the essential components of a node and how they fit into a Kubernetes system, let’s dive deeper into some key concepts that will aid your understanding of how nodes work in Kubernetes.

There are two ways to create nodes in Kubernetes: you can either add nodes to a cluster manually or let the kubelet on the node do it automatically by self-registering to the control plane. Right after you have created a node object manually or through the kubelet, the control plane authenticates your new node. Once this is done your node is ready to run.

Kubernetes’ example of creating a node object from a JSON manifest shows how to add nodes automatically. See below:

After creating a node, Kubernetes checks if the kubelet registered to the API server matches the node’s <terminal inline>metadata.name<terminal inline> field. If it matches, the node is successfully registered as a healthy node, and pods can be scheduled on it. If it doesn’t match, the node is considered to be unhealthy and it will be ignored by the cluster. However, if in the future it becomes healthy, it will be considered for hosting pods.

The next important concept to understand is the relationship between the control plane and the node. The control plane is an essential part of a cluster that manages various aspects of nodes. It has multiple roles in a node’s life, which include assigning pods to nodes, monitoring them, and checking for their validity in a timely fashion.

Before assigning pods to a node, the control plane checks for the node’s resources and affinity, then it sets pods that are suitable for the node’s potentials and resources. Further, it checks the nodes’ validity every second.

Kubernetes doesn’t run containers directly; instead, it embeds the containers into a high-level structure called a pod. Containers in the same pod share the same resources and network as they all run on the same node. These containers can also easily communicate while others on different pods maintain a degree of isolation.

Note that each pod is tied to the node where it is scheduled and remains there until termination—according to restart policy—or deletion. In case of a node failure, identical pods are scheduled on other available nodes in the cluster.

While pods can house as many containers as possible, it’s much better to set limits and treat all the containers in a pod as if they would scale together as a unit. To consider a pod as solitary, all containers in the pod must be scaled together regardless of their individual need for resources. However, this leads to a waste of resources.

So, pods should wrap only primary process containers and their tightly coupled containers to make them as small as possible—thereby preserving resources.

Node condition describes the status of all <terminal inline>running<terminal inline> nodes. Examples of node conditions are Ready, DiskPressure, Memory Pressure, and Network Unavailable. If the status of a node is False or Unknown, the node controller or control plane triggers the API-initiated eviction of pods associated with that node. Also, if a node is unreachable, the pods may be scheduled for deletion.

Just like heartbeats can reveal critical health-related information about a person, Kubernetes nodes have a concept called heartbeats that let the control plane know about the health of the nodes under its control.

Sent by the kubelet of each node in regular intervals, heartbeats communicate the status of the node with the control plane. The control plane can then make decisions about whether the node is available for hosting pods or not, and if it’s not healthy, what actions can be taken.

According to the official Kubernetes documentation, there are two types of heartbeats for nodes:

Unlike updates to a node’s `.status, lease is a light resource. You can reduce the performance effect of updates on large clusters by using leases for heartbeats.

Node Controller, also known as the control plane, manages various parts of the node. It affects the node in three ways, by:

The name of a node object must be a valid DNS subdomain name. Nodes are identified by their name only, so no two nodes can have the same name simultaneously. If there are two nodes with the same name, Kubernetes assumes they are the same object, leading to inconsistencies in the cluster.

If you do an upgrade without replacing a node, it might cause pods already scheduled on the node to malfunction since they’re tainted with new labels assigned to the node.

To ensure the uniqueness of a node in a cluster, remove the existing node from the API server before replacing or updating a node, and re-add it only after the completion of the upgrade.

Node objects manage and track information about the node’s resource capacity. Nodes that self-register can report their capacity during registration. If you manually add a node, you need to set the node’s capacity information from the start for the node objects to be able to track and alert you.

Each cluster also has a control plane that manages the nodes and pods of the cluster.

You can harden and secure the services running on a node by doing the following:

While Kubernetes by default will assist you with monitoring and securing node performance, health status, and configuration aspects, using third-party and open-source tools can be a more effective way to monitor and protect your nodes.

ContainIQ, a Kubernetes monitoring and tracing platform, helps DevOps and software teams to track and monitor metrics and events as they occur. ContainIQ’s platform allows you to monitor the health of your cluster with pre-built dashboards and easy-to-set alerts—enabling you to diagnose and detect issues faster. ContainIQ also supports users’ clusters by dedicating a Slack channel for questions and answers to resolve failures and crashes.

Open-source monitoring tools like Prometheus are also popular in the Kubernetes community.

In this article, you’ve learned about the essential components of a node, what they do, how to handle common failures and challenges, as well as how to monitor and secure them.

While Kubernetes is becoming increasingly popular with software and DevOps engineers for managing containerized applications, several challenges still persist. Adopting Kubernetes requires DevOps teams to rethink and adapt to the monitoring strategies of the various applications in clusters.

ContainIQ’s monitoring solution gives you a comprehensive view of cluster health, arming you with the insight you need to improve cluster health and performance. With pre-configured dashboards and the use of eBPF for kernel instrumentation, ContainIQ provides application-level insights—all without your having to write a line of code.

Kolawole Samuel Adebayo (KSA) is a Tech Writer and Harvard-trained Entrepreneur. He has written across a broad range of industries, but especially loves reading, writing, and talking about cybersecurity policies, cloud security, AI, generative design. When he’s not reading, writing, or talking about cybersecurity and other tech stuff, he writes poetry. His chapbook, INVOCATIONS, was selected by Kwame Dawes and Chris Abani for the APBF New-Generation African Poets Chapbook Box-set Series, published by Akashic Books in 2021.