In this article, we’ll discuss how Kubernetes handles ephemeral storage and learn how these volumes are provisioned in operating clusters. 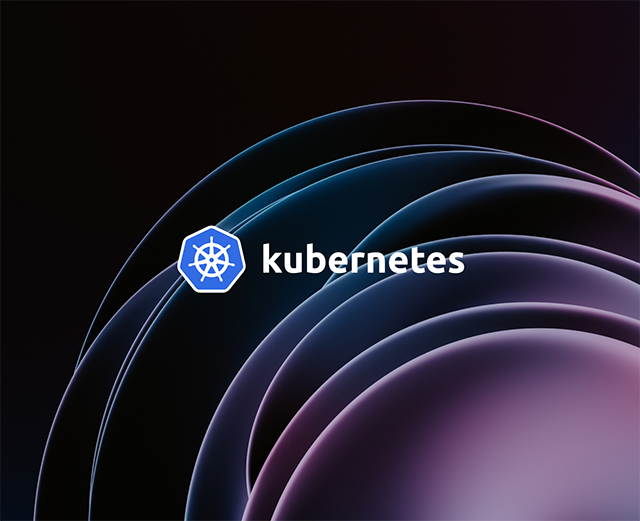 In Kubernetes, a volume represents a disk or directory that containers can write data onto or read data from, to handle cluster storage needs. Kubernetes supports two volume types — persistent and ephemeral — for different use cases. While persistent volumes retain data irrespective of a pod’s lifecycle, ephemeral volumes last only for the lifetime of a pod and are deleted as soon as the pod terminates.

In this article, we’ll discuss how Kubernetes handles ephemeral storage and learn how these volumes are provisioned in operating clusters.

Ephemeral storage is considered perfect for immutable applications and is used to handle the transient needs of pods running on cluster nodes. Such applications intermittently rely on storage devices but don’t care whether data persists across pod restarts. In addition to this, pods in Kubernetes leverage ephemeral storage for functions such as caching, scratch space, and logs. Ephemeral storage is also considered crucial for sharing nonessential data within multi-container pods and injecting configuration data into a pod.

In a Kubernetes cluster, you manage ephemeral storage by setting resource quotas and request limits across all non-terminal pods. This can be done both at the pod level and at the container level for fine-grained storage management. Ephemeral storage is unstructured and shared between all pods running on the node, the container runtime, and other processes managed by the system. While pods use the ephemeral storage framework to specify their transient local needs, Kubernetes relies on the storage framework to schedule pods appropriately while preventing pods from excessively using local node storage

Kubernetes offers two approaches to creating the node’s primary partition, where ephemeral storage is deployed. They are:

Generic volumes
Generic ephemeral volumes are provisioned through storage drivers that support persistent storage on Kubernetes. These volumes can be written using any storage driver that supports dynamic provisioning, and they provide a per-pod directory for scratch data that is initially empty. Generic ephemeral volumes can be either local or network-attached and can perform typical volume operations supported by the installation driver, such as cloning, snapshotting, and resizing.

CSI volumes
Since version 1.15, Kubernetes has supported CSI drivers for inline ephemeral volumes. These drivers dynamically create volumes and mount them to a pod, so the volumes remain dependent on the pod’s lifecycle. CSI volumes are defined as part of the pod spec and are deleted during pod termination. Examples of CSI drivers for ephemeral inline volumes include:

configMap, downwardAPI, secret
These volumes are collectively used to inject different types of data into a pod. They are provisioned as local ephemeral storage and are managed by the kubelet service on each node.

emptyDir
This volume is created as soon as a pod initializes and is available for as long as the pod stays non-terminal. While all containers running in a pod read and write the same directories within the volume, the volume can be mounted on different paths in multiple containers. In such constructs, whenever a pod terminates, the data in the <terminal inline>emptyDir<terminal inline> volume is deleted permanently.

Ephemeral volumes are specified within a pod specification, simplifying their deployment and management. Kubernetes supports the provisioning of multiple ephemeral volume types in clusters, depending on the workload and use-case. In the following section, we discuss approaches to deploying CSI and generic ephemeral volumes, the two most commonly used ephemeral volumes.

The sample manifest for a pod with a generic ephemeral volume would look similar to:

In ephemeral volumes, volume claim parameters are defined within the pod’s volume source. When a pod initializes, the Kubernetes ephemeral volume controller creates a PVC object within the pod’s namespace. Besides ensuring volume binding, the PVC holds the current status of the volume and can be referenced as a data source for volume operations such as snapshotting and cloning.

An ephemeral volume controller ensures that the Kubernetes garbage collector deletes the PersistentVolumeClaim when the pod exits. The controller is also responsible for providing the labels, annotations, and other fields associated with the PVC object. The labels and names of PersistentVolumeClaims are deterministic, making it easier to search and sync with automatically created PVCs.

Which returns a response with ephemeral storage usage data similar to:

How ContainIQ Can Help Debug Issues With Ephemeral Storage

ContainIQ is one such platform that can be installed with a single line of command; it was designed to allow users to monitor the health of Kubernetes clusters, with pre-built dashboards and easy-to-set alerts.

As a self-service SaaS platform, ContainIQ offers a fully managed monitoring platform to monitor Kubernetes clusters from the kernel or OS level. The platform also offers efficient correlation for easier debugging and can be used to seamlessly monitor a hybrid cloud ecosystem.

For example, using ContainIQ, users are able to track Kubernetes events related to ephemeral storage issues and changes. Users are able to track and alert on events including Volume failed to attach and Can’t mount the volume to a given path, in addition to all other events emitted by the API.

ContainIQ offers a free trial and a self-service experience, which can be found here.

While the choice of provisioning persistent or ephemeral volumes allow administrators to configure cluster storage based on workload requirements, continuous monitoring is one of the most critical factors in maintaining a distributed cluster’s performance.