Effective logging is a key aspect of successful deployment. This guide will explore logging in Docker, including best practices and how it differs from traditional logging. 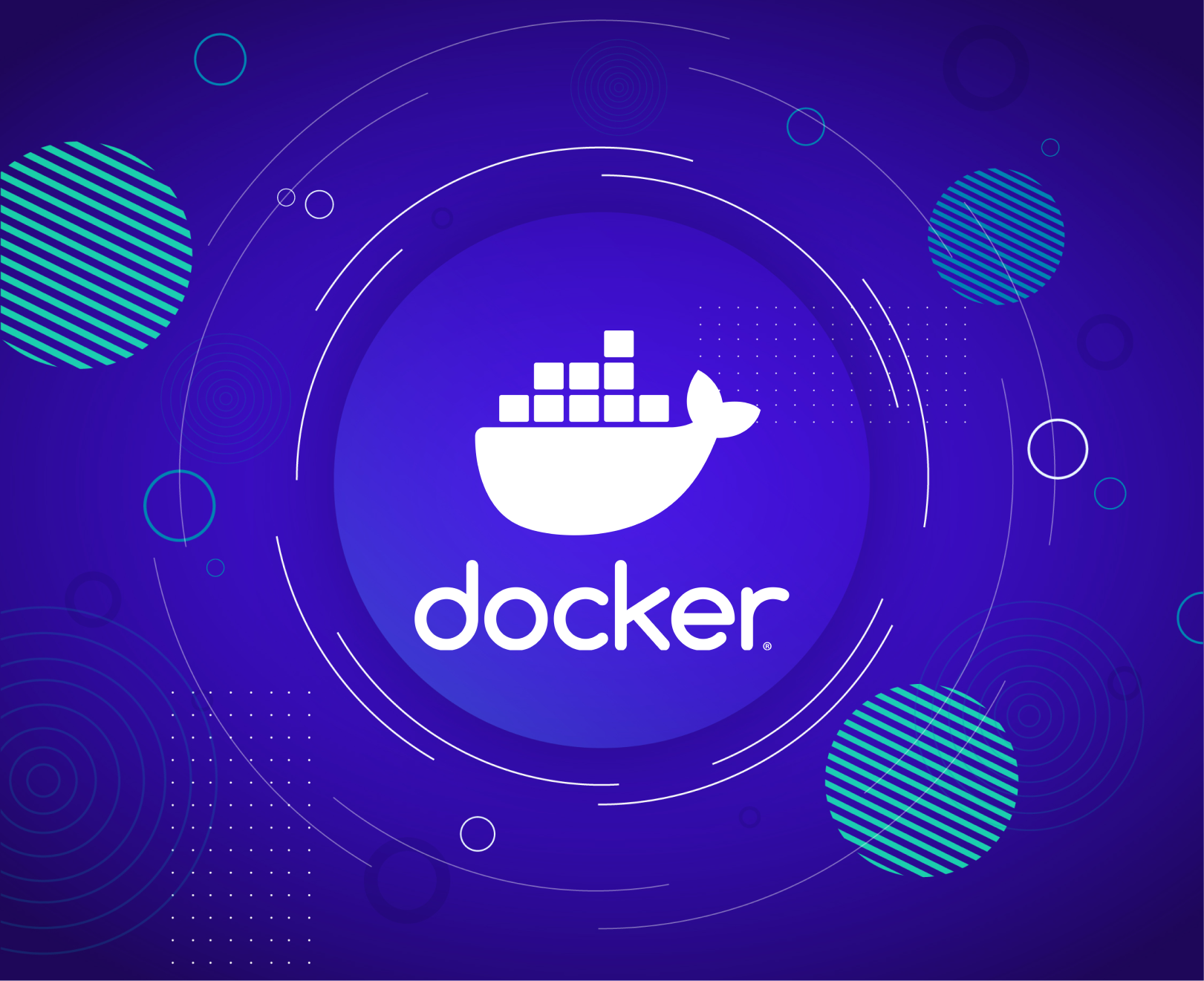 In recent years, Docker has become one of the most popular tools to run containerized workloads in development and production. A vital part of any deployment is collecting logs from your applications to monitor for bugs, compromises, and misconfigurations, and Docker has integrated support for container logs so you can keep tabs on your environments.

In this article, we’ll explore how Docker logs work, the options for using them, and how they differ from conventional system logs. We’ll also look at the different ways Docker can be configured to store and deliver your logs to a secondary location for long-term retention.

The Importance of Logging

Logs are a critical component of observable applications. Well-placed log statements provide a route for developers and operations teams to follow when inspecting a system’s inner state.These statements function as convenient shortcuts for diagnosing problems ranging from outages to tricky bug reports from users.

Beyond debugging, effective use of logs serves everyone involved in an application’s lifecycle, from performance analysts to legal teams concerned with accountability. In the latter case, detailed logging of a system’s operations could inform an auditor whether external regulatory standards are being met.

For all their utility, the importance of retaining logs can sometimes be overlooked in containerized workflows, where it’s common for deployments to be short-lived instances of applications. Logs are often lost when the container stops, which destroys valuable information which you could need in the future.

To avoid this, it’s important to spend some time setting up a comprehensive Docker logging strategy. Although logs aren’t written to <terminal inline>/var/log<terminal inline> for automatic rotation by <terminal inline>logrotate<terminal inline>, the long-standing routine most Linux administrators will be familiar with, you can set up equivalent tooling by making full use of Docker’s native logging mechanisms.

Getting Started With Docker Logs

The Docker CLI includes a built-in log viewer that retrieves the logs saved for your containers:

This lets you monitor logs in real time until you stop the stream by pressing Ctrl+C.

Running <terminal inline>docker logs<terminal inline> is usually your first step when accessing logs written by containers. The command illustrates the primary difference between Docker logs and conventional system logs: you need to use Docker’s tools to access your data, instead of directly opening a file on your host.

Automatically Collect Anything Logged Inside Your Cluster
Monitor the health of your cluster and troubleshoot issues faster with pre-built dashboards that just work.
Learn More Book a Demo 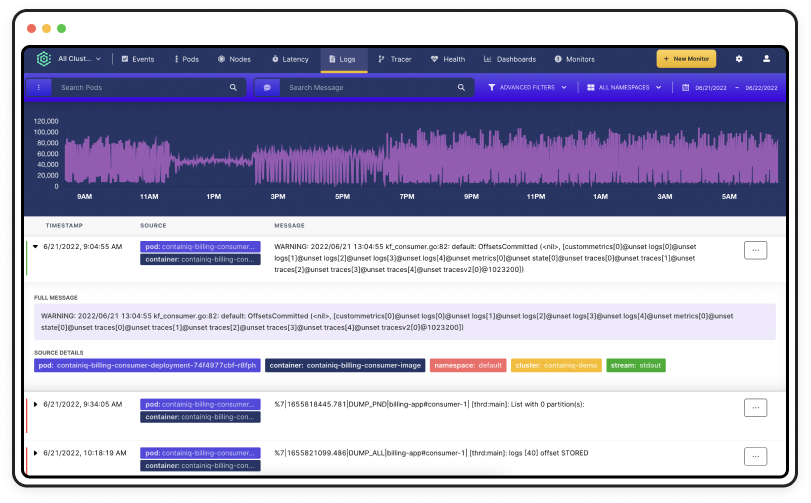 Docker uses a modular approach to logging that’s based on the concept of the logging driver. Logging drivers are responsible for storing the logs created by your containers. They determine the on-disk format of the log files, as well as the location they’re written to. Several drivers are included with the default Docker distribution, and more are available as plugins.

Apply your changes by restarting the Docker daemon:

In addition to letting you select the storage driver, Docker gives you a choice of log delivery modes. The delivery mode determines the strategy used to relay collected container logs to the driver.

Docker defaults to the blocking mode of delivery. When a container writes a log line, it’s immediately sent to the storage driver for persistence. The container won’t execute until the write is complete.

This strategy guarantees logs are saved at the point they’re issued. However, it can be a significant performance bottleneck for high-traffic applications that write verbose logs.

Switching to non-blocking delivery permits asynchronous log writes. Docker will temporarily store new lines in an in-memory buffer that’s then flushed through to the storage driver, allowing container execution to continue uninterrupted. The danger with this approach is the possibility of pending log writes exhausting the available buffer. If this happens, you’ll lose some log entries, making it a risky choice in scenarios where logs are used for auditing and compliance.

And here’s how you’d enable non-blocking delivery for a single container:

Success with Docker logs requires your application, containers, and Docker daemon instances to be configured correctly. Selecting the right storage driver and delivery mode for your use case is one step towards an effective log strategy; making sure your workload is fully compatible with Docker’s logging mechanism is another aspect.

Another logging best practice, true of any system, is to only log what you actually need. While it’s important you include enough information to be helpful while debugging, too much verbosity reduces performance, increases storage costs, and can make your logs unusable. The handful of lines that matter will get buried in the noise of mundane events that don’t help you understand your application’s condition. You can reduce the tedium of sifting through logs by using a monitoring platform like ContainIQ, but this won’t always be a sustainable option.

A good approach to Docker logging can be summarized as choosing the right storage driver, only emitting useful events via your application’s output streams, and regularly reviewing your configuration. This final step should be used to check logs are being written as intended and contain a useful and usable quantity of data.

What About Docker’s Own Logs?

So far, you’ve examined reading logs created by the applications inside your Docker containers. The Docker daemon writes its own logs too; these are managed as conventional system log files. You’ll find the daemon log by running <terminal inline>journalctl -fu docker.service<terminal inline> on most Linux systems, or by reading the <terminal inline>%appdata%\Roaming\Docker\log\vm\dockerd.log<terminal inline> file on Windows hosts.

This log includes details of Docker operations such as container creations, image pulls, and networking changes. You can use it to monitor events that occur within Docker itself, but it won’t include any data from the logs written by your containers.

The logging of important events and errors is one of the principal tools developers use to debug issues, analyze performance, and aid operations teams in maintaining compliance. Deploying your system as Docker containers necessitates a unique approach to logging that relies on the logging mechanism integrated with Docker.

You should select the logging driver with the combination of features that works for your application and the method you’ll use to view your logs. Due consideration should be given to the log delivery mode, too, depending on whether your system favors maximum performance or logging integrity.

Platforms like ContainIQ can automate log collection from clusters and aggregate your files into easily searchable views of data, providing increased readability and quick access to your logs when it matters the most. This makes your data more useful by conveniently surfacing key insights without the tedium of having to hunt through raw logging streams. To learn more about how ContainIQ can make logging easier, book a demo today.