Getting to know a new technology, like BTF, is always difficult, but knowing where the right resources are helps a lot. In this article, we explore BTF, or BPF Type Format, with practical tips and examples. 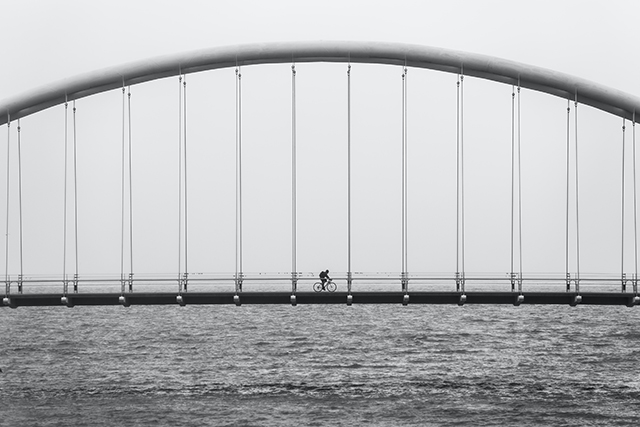 BPF is a register-based virtual machine in the Linux kernel that can execute bytecode in a secure, efficient, event-driven manner. Unlike kernel modules, BPF programs are verified to ensure they terminate and don’t contain any loop that could lock up the kernel. The kernel function calls allowed by the program are also restricted to ensure maximum safety against unrestricted access.

Even though BPF offers an efficient solution for writing event-driven kernel space code, the developer experience is not yet comparable to other programming languages or frameworks. Two of the most significant concerns with BPF development are its lack of easy debugging and portability.

To mitigate these issues, we turn to BPF Type Format (BTF). It’s a file format that encodes the type information of a BPF program and provides better introspection and visibility into the program. So let’s take a look at the typical limitations of BPF and how BTF can be used to overcome them.

Note that this article uses the term BPF to mean eBPF (extended Berkeley Packet Filter), which extends the “classic” BPF.

During the development and execution of BPF programs, you can often face debugging limitations and portability issues, as mentioned earlier.

Almost all modern programming languages come with debuggers that can help you gain visibility into a running program. For example, GDB is a commonly used debugger for C and C++ that can, among many other things, dump the values of variables in a running program.

There are no such tools available for BPF programs. Even though inspecting data is only a tiny part of debugging, achieving a similar result for BPF can open up the doors to a wide range of debugging tools in the future. To enable this, BPF needs to know some metadata about the program.

One such piece of metadata is the type information, and that’s precisely what BTF encapsulates.

BPF programs operate in the kernel space and can access internal kernel states and data structures. However, the kernel data structures and types are not guaranteed to be the same across different kernel versions or even different machines with the same kernel version. This means that BPF programs compiled on one machine aren’t guaranteed to run correctly on another machine.

All this means that you cannot compile your BPF program on your machine and distribute the binary to other systems.

A standard solution has been to use BPF Compiler Collection (BCC). With BCC, you usually embed your BPF programs as a plain string into the user space program (for example, a Python program). During execution in the target machine, BCC uses its embedded Clang/LLVM combo and compiles the program on the fly using the locally installed kernel headers.

However, this approach introduces more problems. First of all, the Clang/LLVM combo is huge, and embedding it with the application results in a large binary size. It’s also resource-heavy and can use up a significant amount of resources during the compilation. Finally, this approach requires the kernel headers to be installed on the target machine, which might not always be the case.

As mentioned before, BPF is the metadata format that encodes the debug info related to BPF programs and maps. BTF can encode metadata data types, function info, and line info into a compact format.

In a non-BPF program, these metadata are usually stored using the DWARF format. Still, DWARF is quite complicated and verbose, making it unsuitable to include in the kernel due to size overhead. BTF, on the other hand, is a compact and simple format that can be included in the kernel image.

For a detailed description of the BTF, you can check the Linux Kernel documentation.

Now let’s get more hands-on with a tutorial for using BTF to pretty-print a BPF map, significantly improving debugging.

You’ll also need to install Clang and LLVM on your machine.

Since you’ll be writing XDP programs that will manipulate packets on your network devices, it’s a good idea to create a virtual network interface so you don’t end up losing internet connection in your physical interfaces. The easiest way to set up a virtual interface is with this repo.

Compile the code with Clang:

You can also get the map ID(s) by running sudo bpftool map list.

This command will also give you the name, type, key size, value size, and the max entries of the map.

Now, attach the program to a networking device.

Now, send some packets to this device. The test environment script already provides a handy ping command to do so:

Dump the map and check how many packets have been processed.

As you can see, you have two elements in the map as expected. The values are in hexadecimal format and will also depend on your machine’s endianness. In the screenshot, it’s in the little-endian format, which means 22 IPv6 and 4 IPv4 packets have been processed.

Obviously, the result being in hexadecimal and little-endian format is not easy to debug at a glance. So you’ll need to annotate the map with BTF to allow better introspection.

Compile the code with Clang:

Verify the BTF sections are present in the generated object file.

Finally, dump the map corresponding to the new program. If you did everything correctly, this time, the output will be much different.

Not only is it pretty-printed in JSON format, but the values are also in decimal, making it much more readable and understandable.

As mentioned before, BTF can enable the use of CO-RE to make your BPF programs portable across different kernel versions or user configurations. You can eliminate the need for local kernel headers by generating the BTF information of the kernel itself.

Getting rid of kernel header dependency is just the tip of what BTF can achieve. For a thorough explanation of BTF and CO-RE, you can go through this article.

BTF is an extremely powerful tool that can make BPF programs more debuggable and portable. Since it’s a relatively new technology, the development is ongoing, and you can expect to see plenty of improvements in the future.

This article gave you a glimpse of what BTF can achieve. You learned the shortcomings of BPF, what BPF is, and how to annotate maps with BTF and pretty-print maps. Finally, you also learned how BTF acts as the starting place for enhancing portability with CO-RE.

Aniket is a software engineer currently working towards a Master's in Mathematics from Ramakrishna Mission Vivekananda Educational and Research Institute. Previously, Aniket was Head of Technology at PiParadox, where he worked in C, C++, Python, JavaScript, and many other languages. Prior to that, in 2016, Aniket participated in Google Code where he finished in 6th position in TopCoder. Aniket has a Bachelor of Science degree in Mathematics from St. Xavier's College, Kolkata. 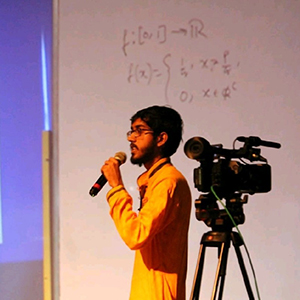